► Chapter 2: Personality of the Siberian Husky

► Chapter 3: Is Siberian Husky the Right Breed for You?

► Chapter 4: Choosing a Siberian Husky and a Reputable Breeder

Siberian Huskies originated from the cold land of Siberia. It was discovered by a tribe known as the Chukchi who lived along the cold Arctic coast of the northeastern side of the country, where they hunted for seal and battled the severe weather. The Chukchi tribe needed a companion that’s strong enough to help them in hauling their harvests as they mostly carry loads of seals that came from Anadyr River. They develop a dog breed that can be used as a working dog, can withstand against the harsh weather, and also friendly to people. This was how the breed was developed some 3000 years ago. In this chapter, you’ll get to learn more about the history of Siberian Huskies, their origins, and some general information you need to know as potential pet keepers.

A Brief History of Siberian Huskies

The gentleness of Siberian huskies is mostly because these dogs lived around people for a long time, and were tasked to pull sleds, and carry heavy loads. They only became aggressive if they were let loose by their keepers to satisfy their hunting instincts. The Chukchi dog became so much part of the tribe that it even became a status symbol. In fact, back then the wealth of a Chukchi man was measured by the number and quality of his Siberian huskies. This dog also became part of folklores and religious beliefs.

Around the 19th century, when the Chukchi tribe managed to temporarily escape the Czar’s troops, Siberian huskies became quite important and significant especially when the fur trade opened up. Even if the Chukchi tribe became under siege, they somewhat managed to survive, all  thanks to the Siberian husky pack as they were faster than reindeers when it comes to pulling the sleds. In 1908, fur traders from Alaska came home with some of these Chukchi dogs, and they were renamed as Siberian Husky.

Today, these dogs are still used for dogsled racing, and they’re still much faster than other sled dog breeds like the Alaskan Malamute and Samoyed breed. The dog breed is also quite popular when it comes to a European sport called Skijoring and Ski – Pulka where dogs pulls a skier to win the race. The Siberian Husky has also been recognized by several dog organizations around the world including the American Kennel Club and British Kennel Club.

And because the Siberian huskies are gentle, they became popular household pets despite of their wild and hunting nature. They can go along with people and kids as long as there’s adult supervision and they also love hanging out with other dog breeds. However, they may not be advisable if you have other pets like cats, birds, rabbits, chickens, reptiles, and the likes because they still have that predator instinct in them. They can ultimately see your smaller pets as prey and not as friends. Today, most keepers use Siberian huskies as a dog companion in trekking and backpacking adventures.

As pets these dogs are not high maintenance, they only require a simple diet, low – cost housing requirements, and also minimal grooming. They do shed quite a lot and may need a good brushing but they have no ‘doggy’ smell and are pretty hygienic. They also do not need frequent baths. General speaking, Siberian Huskies are healthy dogs that can live for 11 to 15 years on average, and they only face health issues when they grow old.

What they need though is a lot of activity and exercise. You need to ensure that you keep them busy otherwise they might find a way to escape and satisfy their thirst for adventure. So better prepare trips here and there, and take them out on walks or better yet let them do some forms of work like helping you carry around construction materials or whatnot.

Despite the wolfish looks, these dogs do not have any biological link with wolves. 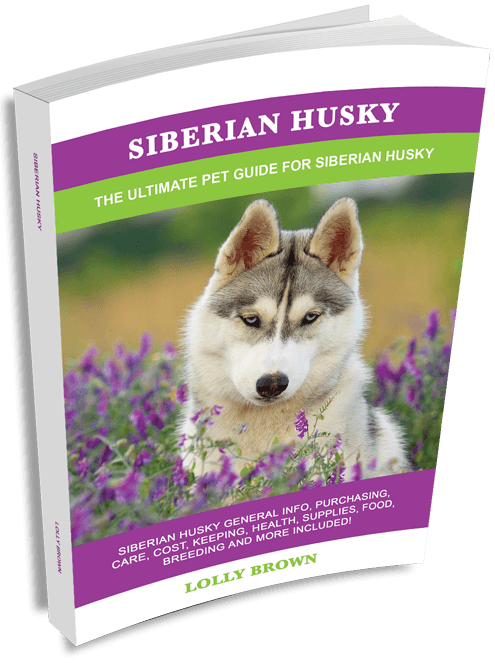