Before getting a colorful and exotic bird as your pet, it’s very important that you know what it is inside out!

Like many other things, you need to have proper knowledge and invest a significant amount of time to truly study and understand where these birds are coming from. That is how you will determine if this kind of pet is the right choice, so that you know what you are dealing with. In this chapter you will learn facts about Ringnecks as well as its overall characteristic.

1.)  What are Ringneck Parakeets?

Ringneck Parakeets are also known and referred to as Rose-ringed parakeets. These birds are native to Asia and Africa and can live up to 30 years! They are highly intelligent, energetic and fun creatures which makes them a great choice as pets. These parrots had been around since 200 B.C., and because of their mimicking ability they were highly regarded by wealthy Indian royals as sacred beings!

Ringnecks are medium in size with elegant beautiful markings that also comes in different colors like blue bright yellow and green as well as other range of colors through mutation. Ringneck parrots have four subspecies; these are African Rose-ringed, Abyssinian Rose-ringed, Boreal Rose-ringed and the most popular of them all, the Indian Rose-ringed Parakeet.

These birds love to fly and mimic human speech, although mimicking is not their strongest asset, they can quickly learn to speak, whistle and imitate other sounds. Aside from flying, they are also fond of chewing and can be taught to perform tricks! Now that’s entertaining!

Most Ringneck parakeets are generally easy to train and have charming personalities as long as you provide them with adequate attention, interaction, and love. They can easily become part of the family and a loving companion if you are willing to put in the time and effort to take care of them.

Ringneck Parakeets are scientifically known as Psittacula krameri manillensis, most of them originated in Asia particularly in India. In the wild they can survive in dry climates, and in captivity, they adapt well in urban development. Parakeets have an extensive range reaching in Sri Lanka and the Indian Sub-Continent.

Ring-necks are sexually dimorphic; males can be identified by the three bands of color or rings around their necks, while females may be seen with a very pale ring, however, they usually do not have a colored band like males. Ring-necks generally have a slender body with smooth feathers and a shiny beak.

These parrots are not picky eaters but they are strictly herbivorous and usually feed on vegetables, seeds, flowers and fruits.

In terms of reproduction, Ringnecks only brood once a year; females’ clutch size ranges from 2-6 but on average they lay 3-4 eggs and incubation lasts for about 22 – 24 days.

Ringnecks also do a variety of vocalizations and can be quite a singer! Don’t forget to leave them with tunes!

Parakeets have a history that dates back to as early as 200 B.C., they have been kept as exotic pets for over thousands of years. One of the most significant parakeet owners in history was Alexander the Great; he brought a parakeet to Europe from India after his conquests around 327 B.C. that is why the Alexandrine Parakeet was named after him. Parakeets were also considered sacred beings by Indian royalties because of their mimicking ability.

Some of the earliest references and historical accounts to these birds dates back to 367 B.C., from a Greek historian, named Ctesias of Cnidus. In a work he wrote called “Indica,” he mentioned a bird that looks like a Sparrow-Hawk, with a greenish-blue color, a purple face and a black beak, which could also talk in an “Indian” language, because he was in India at the time.

Another literature reference to parakeets came from one of the earliest “bird care guide” book published in 72 A.D by Pliny the Elder, a Roman Scholar wherein he wrote about how to take care and train parakeets.

When the New World was discovered around the 1400’s, parakeets became quite popular; bird explorers and European naturalists began further expanding their knowledge which resulted to volumes of literature on exotic birds and parrots in the late 1800’s.

In the 1900’s parrots became popular in the United States. A large increase in aviculture and breeding parakeet species continued from the 1930’s until 1960’s.

In 1979 Herbert R. Axelrod, a renowned tropical fish expert, proposed the importation of many parrot species that were previously not available.

Today, many parakeet species including Ringneck parrots are successfully bred and readily available in local pet stores and avian breeders.

Take a closer look at the table and do a comparison to see which type you prefer. 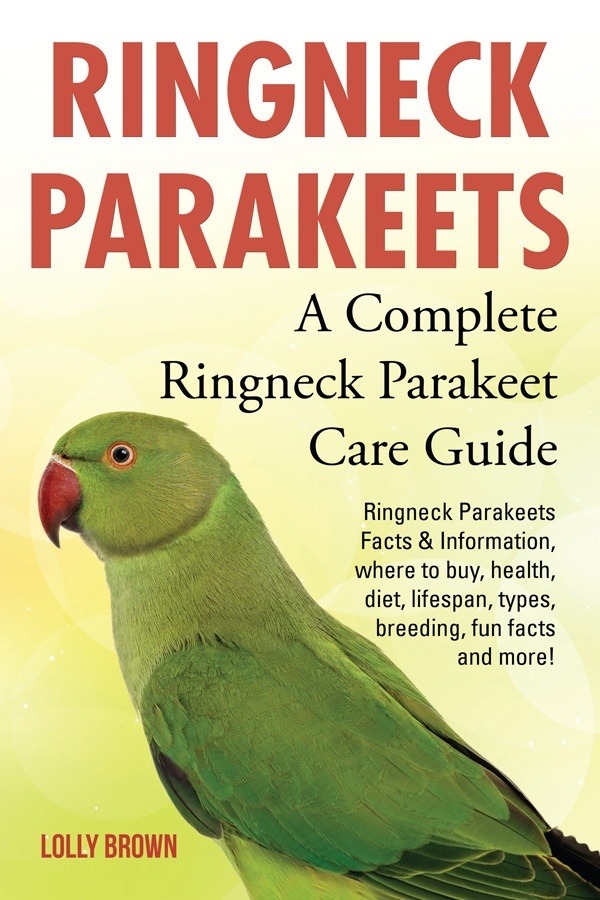