► Chapter One: What is the Book of Changes?

► Chapter Two: The Book of Wisdom

► Chapter Three: Consulting I Ching for Your Daily Life

► Chapter Four: Step by Step Guide on How to Use I Ching

Chapter One: What is the Book of Changes?

In Chinese literature, the Book of Changes or I Ching is authored by four teachers namely, Confucius, Fu Hsi, the Duke of Chou, and King Wên.

Fu Hsi is one of the earliest legendary figures in China; he is known as the creator of the linear symbols of I Ching or the Book of Changes during the period when men is still hunting and fishing for a living. This means that the signs or meaning are so ancient that it occurred before any historical memory. Furthermore, the 8 trigrams have names that aren’t linked to any forms of Chinese language, and because of this people thought that the names originated from a foreign language. The trigrams are not also identified as archaic characters even if some people thought that it has some kind of resemblance among ancient Chinese characters.

The Lien Shan is said to have begun with the hexagram Kên (Keeping Still), and the Kuei Ts’ang began with the hexagram called K’un (The Receptive). According to historians, they cannot tell whether the names of the 64 hexagrams being followed today are used back then, and if so, whether they are the same structure that’s now present in the I Ching or Book of Changes.

The History of I Ching

According to tradition, the 64 hexagrams that are being used today have originated from King Wên who is the predecessor of the Chou dynasty. According to history, King Wên may have added a few interpretations to the hexagrams while he was in prison during the time of a tyrant named Chou Hsin. The text pertains to the individual lines that came from his son who is the Duke of Chou. This form of book entitled the Changes of Chou (Chou I) was used as an oracle during the whole Chou dynasty, and it has been proven from a number of ancient historical documents. This was the status of the Book of Changes before Confucius came upon it. It was believed that in his old age, Confucius made some changes and carefully studied it, which is why historians believe that the T’uan Chuan (Commentary on the Decision) was his work. The Commentary on the Images also traced indirectly to him. There was also a third treatise wherein there’s a detailed commentary on the individual lines of the hexagram, and are thought of to be very valuable; it was compiled by Confucius’ students and perhaps successors. However, only fragments of it survived.

One of the principal followers of Confucius named Pu Shang is believed to be the one who spread the knowledge about the Book of Changes. With the development of speculations in the philosophical value of the book as reflected in Chung Yung (Doctrine of the Mean), and Ta Hsüeh (Great Learning), this type of philosophy created an ever increasing influence upon I Ching’s interpretations. A literature called Ten Wings contains fragments of I Ching that dates back to very ancient time, and some from a later period. The main difference can be found not just in the content but also in its intrinsic value.
The Book of Changes escaped the fate of being burned and gone forever. During the time of the tyrant Ch’in Shih Huang Ti many classic books were ordered to be burned. Hence, if there’s anything in the legend that burning alone is the reason why many of the classic books were mutilated forever, the Book of Changes should at least be intact; however, this is not the case because in reality it is the collapse of ancient cultures as well as the changes in the writing systems caused damages suffered by all ancient literature.

After I Ching had become firmly established as a book of magic and divination during Ch’in Shih Huang Ti time, the fang shih or school of magicians during the Ch’in and Han dynasties made it their prey. Historians believe that the Yin and Yang doctrine were introduced through the work of Tsou Yen which was later spread out by ancient figures like Tung Liu Hsiang, Chung Shu, and Liu Hsin.

The task of editing the book of all its rubbish was Wang Pi’s job; he was a wise scholar who clarified the meaning of I Ching as being a book of wisdom and not a book of magic and divination. He soon found emulation and the doctrine of Yin and Yang which was being taught in the school of magic were eventually displaced due to the statecraft philosophy that was slowly developing.

During the Sung period, the Book of Changes was used as a basis for the t’ai chi t’u doctrine which was believed to not have come from China. The commentary provided by the elder Ch’êng Tzú’s had started the custom of separating the old commentaries found in the book of Ten Wings and instead place them with each of the hexagrams they pertain to. Thus I Ching became some form of a textbook that relates statecraft and life philosophies. After awhile, Chu His rehash the Book of Changes as the book of oracles; he published commentaries on the I Ching and also provided introductions concerning the art of divination. 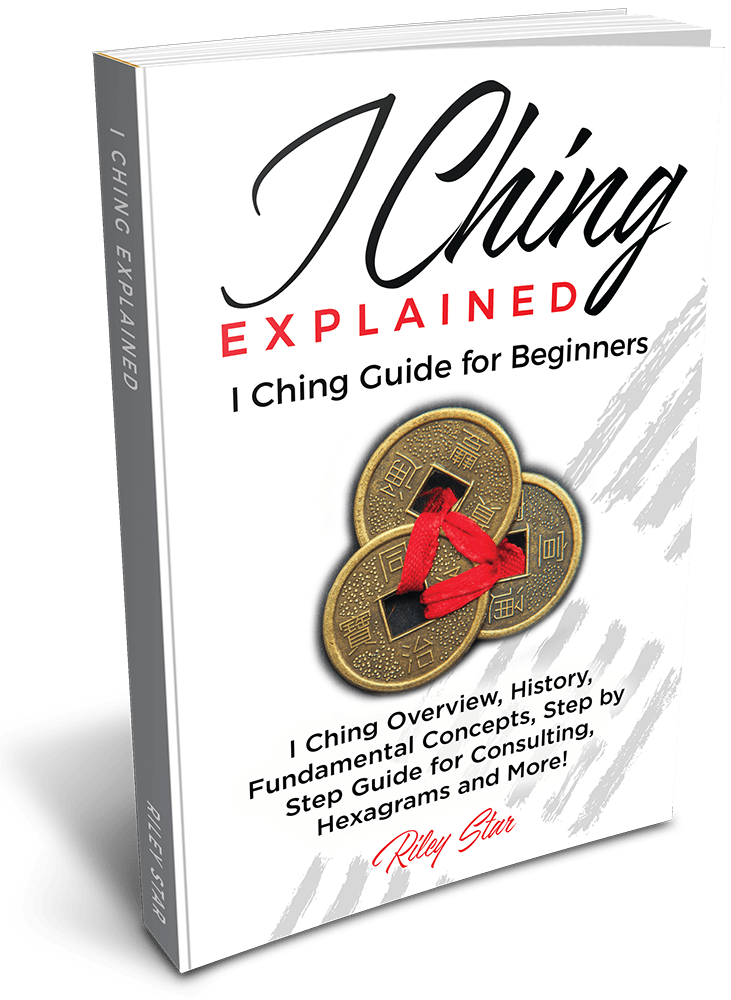