► Chapter 2: Things to Know Before Getting a Ball Python

The Python regius is the smallest of the African pythons. Because of its small size, passive temperament, and reasonable price, it has become one of the most popular pet snakes.

The Python regius is more commonly known as Ball Python because of the species’ tendency to curl up into a ball when experiencing stress. Ball Pythons are also called the Royal Pythons, most notably in Europe, because they are used as jewelry by African rulers.

Ball Pythons typically have brown and tan colors for camouflage in the savannahs and grasslands, their natural habitat. Its underbelly is commonly ivory white or cream, and there are usually gold or light brown sides and dorsal blotches.

Ball Pythons are native to Africa, and their population is spread across the continent from Sudan and Uganda throughout Cameroon, Chad, and the Central African Republic and from Senegal, Mali, Sierra Leone, the Ivory Coast, and Nigeria. This snake species is also revered in Nigerian culture, particularly in its southeastern area, and are considered symbolic of the earth and its riches.

Ball Pythons are relatively easy to care for compared to other serpentine creatures, and their passive nature makes them an ideal pet even for children. They rarely bite, if at all, preferring to coil into a tight ball instead of facing aggression head-on.

They require regular handling to get them used to human touch, and constant touch makes them even tamer, making for wonderful and quite endearing reptilian pets.

Color: The Ball Python typically has brown and tan camouflaged designs, with the top of the head usually a dark brown, and its underside is ivory white or cream. There are a lot of naturally occurring color morphs within the species, including High Gold, Piedbald, Axanthic, Xanthic, Leucistic, Melanistic, and Albino. Juvenile Ball Pythons often have brighter and more yellow colorations compared to adult ones.

Conservation Status: Classified by the IUCN as “Least Concern” because of its large range and high, stable population. It is included in Appendix II of CITES (Convention on International Trade in Endangered Species of Wild Fauna and Flora), where the main threat is the species’ capture for illegal trade.

The Ball Python is endemic to the grasslands and open forests of West and Central Africa. They are found in Benin, Cameroon, Central African Republic, Côte d’Ivoire, Democratic Republic of the Congo, Gambia, Ghana, Guinea, Guinea-Bissau, Liberia, Mali, Niger, Nigeria, Senegal, Sierra Leone, South Sudan, Togo, and Uganda, usually in plains, savannahs, and areas that provide them cover. They are also fond of areas cleared for farming, even often acting as pest control since they prey on mice and rodents.

Ball Pythons prefer areas close to a water source so that they can easily cool themselves during hot days. They also like empty mammal burrows and underground hiding spaces, where they spend most of their time, though they can also climb trees if they choose. They like their solitude and spend the day in tight crevices, and as nocturnal species, they are more active during nighttime, and are most active at dawn and at dusk.

Ball Pythons are not an endangered species. Though exploited for the pet trade, where approximately 30,000 to 50,000 Ball Pythons are annually imported from Africa to American markets, the decline in Ball Python population is not drastic enough to be considered a threat. Furthermore, the species has a large range and a wide distribution across the African continent. There are some areas, especially in Nigeria, where Ball Pythons are believed to be sacred and are thus protected accordingly.

According to the Convention on International Trade in Endangered Species of Wild Fauna and Flora or CITES, recent years have shown an increase in snake trade, with approximately 200,000 specimen involved. With the upsurge in demand, breeders put in efforts to make the snakes readily available for purchase, despite reptiles still being generally considered a rather unusual pet choice; after all, they are not easy to maintain, especially compared to the more typical household cat or dog.

Ball Pythons, though nowadays seen as the gentlest of the snakes, have been considered quite troublesome as recently as the 1990s, when they were taken as captives. This was largely due to the fact that those early-day captive snakes were adult snakes caught in the wild, thus not used to human presence. 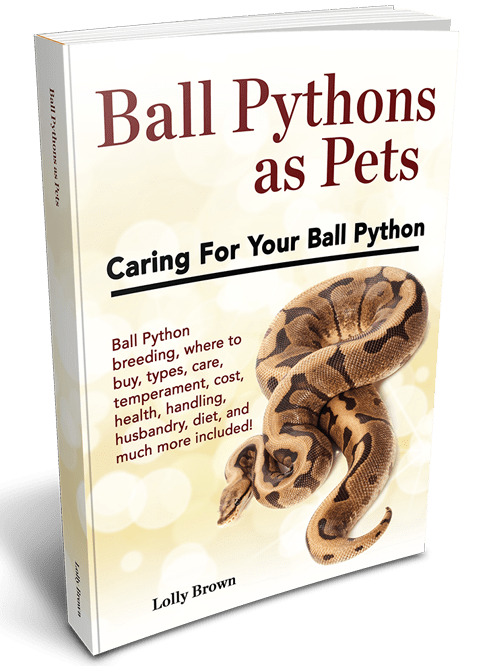