► Chapter 1: What Are We Dealing With?

Chapter 1: What Are We Dealing With?

So, you got your garlic and a cross. Fantastic. Let me know how the lasagna and your last communion turns out, because if that’s all you’ve got against a vampire? Baby, you might as well open a vein and save the sucker the trouble.

Didn’t your Mama ever tell you what happens to girls who are easy? Maybe she didn’t factor the undead into her personal bad boy equation, but you better do the math for yourself.

Rule #1 – Vampire groupies are the first ones stepping up to be on the menu. You pet rattlesnakes, too?

Don’t get all smug and superior guys. Sell it to somebody who’s buying. A vamp chick in black leather hits you up and you’ll be donating your O-positive before the alley door slams. Believe you me, before she’s done, she’ll make that twisted sap from Fifty Shades of Whatever look like a choirboy.

When the Lady is a Vamp she’s definitely too hungry to wait for dinner at eight. Have eight for dinner? Different matter. Blood’s pretty low cal. It’s one “lifestyle” where a woman can have everything on the dessert menu including you, baby cakes, and never gain an ounce.

In fact, that’s one of the major attractions for the vampire groupies. Get sucked into this club, pun intended, and you’ll never need Botox again. You get immortality (barring one of several ways a vampire can be killed) along with good looks that never fade.

This is not a cool lifestyle, people. Dead’s dead, even when you accessorize the hell out of the condition.

So, if you can climb up out of the mosh pit while you still have a functioning brain cell, let’s get serious here. We’re bothering to talk about vampires at all because you people are not getting a pretty simple message.

Playing with monsters is a bad idea.

Last time I tried to get between you saps and disaster we were talking zombies. Let me try to explain how the supernatural social register works, because we’ve climbed up several rungs when the topic is vampires.

Zombies, the current rage with the general public, are basically the white trash of the undead world. Totally low class, indiscriminate bottom feeders.

When you got a dead man walking because he’s a zombie, doesn’t matter who he was when he was alive. Once he bites the dust, he’s as déclassé as the stiff shambling to his left.

Now, vampires? They’ve got some serious class and a level of political sophistication that makes the crowd in Washington, D.C. look like a bunch of rank posers.

Vampires prefer to move in aristocratic circles. They may slum long enough for a quick snack on some junk food, but that’s not where they spend their time and real efforts. They’re invariably wealthy and well connected.

It takes a lot more work and resources to stay alive once you’re dead. Vamps have serious mojo, they maintain a completely hidden society working in the shadows of the one we’re running.

They have a culture built around keeping them alive, maintaining their preferred lifestyle, and building their power base.

How did they get their wealth and influence? They accumulated it over centuries. Let’s just play with the numbers for a minute.

If you save $2,096.61 cents per month for 30 years, you’ll have a million dollars. You follow that strategy for 500 years you’ll wind up with $16.6 million. Now, that’s not factoring in some pretty major financial options and factors:

Vampires don’t work for a living, but they love to broker power. A couple of grand a month is chump change for even the lowest level vamp.

Depending on when he was made, he could have priceless works of art in his collection, timed to sell at just the right moment. Need a little more investment capital? Turn a multi-millionaire and amass his fortune and connections.

This isn’t just a single line of power we’re talking about, it’s a web that builds and expands over centuries. It’s constructed on intricate alliances, agreements, old notes that come due, grudges, and feuds.

Vampires are not just living in our world, buddy, they’re influencing it, which is what makes surviving a potential vampire “apocalypse” a whole lot more complicated than getting out of the way of a zombie.

When you get right down to it, zombies are just like cockroaches. Don’t let one live or he’ll come back with 500 of his closest friends and relatives.

But one well-placed vampire is all you need to have a world of trouble on your hands.

Vampires are all about integration. If the vamps leverage themselves into a position of power, it’s not going to be some sloppy hamburger fest like the Z-men would pull off. The vamps will take over legally and make us think it’s a good idea in the process.

Vamps are elegant, refined, charming, and damned efficient. You’re dealing with a different class of monster here, brother, so be prepared to up your game — and I don’t mean by renting every vampire movie you can get your hands on.

Pop culture references won’t save your jugular when the fangs come out, and there’s a reason for that. The vamps are using pop culture to fuel a classic campaign of disinformation.

Pop Culture Is a Vampire Tool

I don’t know how I can be any clearer about this. Vampires are using pop culture against us. They want us buying a load of crap about their heritage, society, and plans.

Vampires want us to think it’s cool to dress like loser goths, hang out in blood bars, and go all Renfield in our adoration of their immortal greatness.

They want us to want them and from where I’m sitting, it’s working. In fact, the shrinks even have a name for that kind of vampire wanna-be delusion, “clinical vampirism.”

Yep, it’s a diagnosis, but I bet you’ll have a hard time getting your insurance company to pay for it. The shrinks call it Renfield’s Syndrome. The symptoms include:

They were a little late to the party, but two eggheads put this one in the “psychiatric literature” in 1964 based on their analysis of two cases.

Now, the condition isn’t found in the Diagnostic and Statistical Manual of Mental Disorders or the International Classification of Disease, but the doctors still peg it for a known if “uncommon psychiatric syndrome.”

Let’s just think about the original Renfield here for a minute. He was an inmate in a nut house who spent his days eating bugs because Dracula was controlling his every freaking thought. Sign me up — not!

There’s no pop culture glamour involved in being anyone’s “servant.” I’ll take my chances with the zombies before I become some vampire’s errand boy. So why do so many people do it? Oldest motivation in the world, sex.

In this department, Uncle Rex cannot offer you any personal insights. I like my women with a pulse. But apparently, sex with a vampire is supposed to be fantastic.

First off, a lot of vamps really don’t go for the neck, which immediately turns some groupies on. A vampire’s idea of safe sex is to opt for a bigger straw in a more private area — the femoral artery in the groin.

Besides better blood flow while they’re feeding, the bite can’t be seen when the donor is dressed. Much better to keep everything on the down low. And yeah, lots of vamps swing in both directions.

Remember, hitting the sack is not about the sex for them, moron, it’s about the blood. As long as it tastes good, the shape of the bottle doesn’t matter. 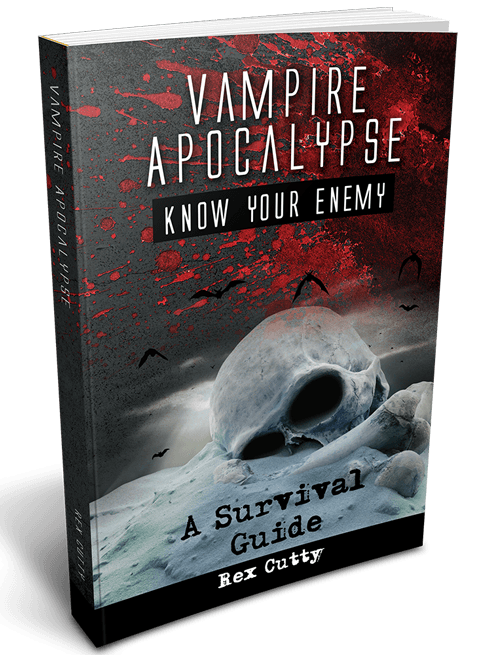