Shih Tzus are easily adaptable, dog friendly, intelligent, a great house companion, and even pup friendly! But, before you run off to purchase your first pet, you need to get to know this small and lovable creature. You need to exert time and effort to get to know them to fully know how to attend to their needs.

First essential thing that you need to know about Shih Tzus – they do not hunt, guard, or tunnel anywhere, they only do thing and they do it great, they are great house companions who likes to sit on your lap. They effortlessly stride, showing great drive, with head and tail held highly, showing that they are of ancient royal descent.

Here, you will know the biological information, as well as the origin and history of this breed. This, together with the information that you will read through the next few chapters, will equip you with necessary information to own and raise your own Shih Tzu.

This loyal little furball has a rich and royal Chinese history. It has flourished from being a regal pup to a lovable, gentle, and loyal house pet. This breed was believed to be a crossbreed between small Tibetan dog breeds, such as Lhasa Apsos and Pekingese.

Many people have associated the breed with Dowager Empress Tzu His, who ruled China in 1861-1908, and labeled the dogs as sacred. But, this breed has appeared as far as 2000 years ago. The breed was offered as temple dogs to Chinese emperors developed by Tibetan monks, although it is unclear when the breed has started. Also, they were believed to have carried lamas souls who had not yet reached nirvana.

Traditionally called “Shih-tzu Kou” or “Lion Dog”, this breed was admired by the Imperial court due to facial features that resembles a lion which is known as the animal ridden by Buddha to go to earth.

This little breed was an exclusive property of the royal court during the Ming and Manchu dynasties. Aside from this, Shih Tzu were used as bed warmers, sometimes placed at the feet of emperors, and carried inside the robes of noble people. These little furball had disappeared after the Chinese imperial rule; fortunately, some dogs were presented to foreigners. All Shih Tzus descend from only 14 dogs. Soon enough, this breed are spread all over Europe and USA because they were given as gifts to the noble people.

Shih Tzu has become well known to the world during the 20th century when it first entered its first show ring but what first was confused with Lhasa Apso. A standard description was finally set by Madam de Breuil in 1938. During its early development, there were many descriptions and nicknames for Shih Tzus:

In the later years, it was formally introduced to the American Kennel Club when it was brought to the United States in March 1969. 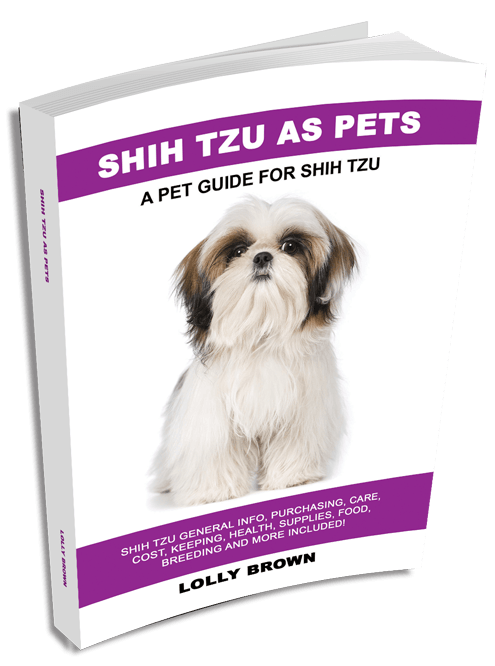