► Chapter 5: Safety Tips to Remember Before You Take Home Your Scottish Fold

As mentioned earlier in this book, Scottish Folds are felines who get on well with people, are able to easily integrate themselves into families big or small. It easily manages to share love and attention with other cat-friendly pets and its humans and is one of the most sociable cats with one of the sweetest, quietest voice you’d ever hear.

What to Know About the Scottish Fold

All Scottish Folds today come from one lineage – a white cat, whose ears curiously had unusual folds in the middle and who earned its keep around a farm by keeping mice at bay. She was lovingly called Susie by her guardians. When Susie gave birth to a litter of kittens and two were born with her same folded ears, William Ross, a neighbor and cat fancier was fortunate enough to have been able to adopt one of the kittens. He with the help of Pat Turner, a geneticist had started to breed Scottish Fold kittens.

Scottish Folds are definitely not high maintenance cats when it comes to grooming. A regular nail trimming every week and ear cleaning when it needs one as well as a daily brush – teeth, which is – would be all it would need.

With support and gentle introduction they integrate easily with other cats and cat-friendly dogs. So if you are thinking of inviting another pet in your home, the Scottish Fold is definitely a feline you’d want to ponder.

Eyes: expressively round close-set eyes that could be in hues of green, blue and gold.

Tail: if mishandled or injured the Scottish Folds tail could develop painful stiffness and great discomfort

Temperament: it needs moderate attention and loves being around and interacting with its humans

Other Pets: with the caregivers patient integration it readily adapts to other cat friendly pets you may own

Training: Highly trainable and adapts easily to people who handle them gently

Exercise Needs: frequent, lively exercise is strongly encouraged for Scottish Folds to lessen limb injuries due to being overweight.

In the 1960s, the first discovered barnyard cat, Susie – who earned her keep as mouse-patrol, had a litter of kittens and two happened to sport Susie’s same rounded, droopy, folded ears. One of Susie’s offspring was first registered by its adoptive caregiver, William Ross, with the Governing Council of the Cat Fancy (GCCF) and was given its name, the Scottish Fold in 1966. He, along with geneticist, Pat Turner had started breeding them. They discovered those of the litter who had folded-ears only began to become apparent on the third or fourth week. They also learnt that not all Scottish Folds had folded ears. As they progressed they noticed that some if not half or more of the litter had unfolded ears. It still had shared the same roundish tip but instead of drooping toward its face it didn’t.

It was discovered that because of a dominant gene, passed on from parents both with folded ears, a Fold could be prone to the degenerative bone disease, osteodystrophy. That if left undiagnosed will cause great distress on your cat and its caregiver.

76 kittens were birthed in the first three years of the program. Only 42 out of the lot had folded ears and the rest sported unfolded ears. It became apparent to them that an incomplete dominant gene in some of these owlish looking cats was the reason of the ear mutation which caused the ears to fold forward toward its face giving it a roundish appearance.

However, due to painful limb and tail deformities -which was found out much later to be due to inbreeding – its registry was revoked in 1971 and was refused showing in Europe. Many of the cat-governing councils also supposed that the feline was prone to ear infections and ear mites because of its triple folded ears which drooped toward its face.

The dedicated Rosses were bent on getting the Scottish Fold its rightful recognition. They realized that in order for them to do that they would have to think larger and bigger. Farther even. It dawned on them that reclaiming recognition for the Scottish Fold and the possibility of working on better breeding practices and procedures would only be possible if they took the cats to another country.

It was only when the Scottish Fold found its way to the shores of the United States did great improvement of breeding become noticeable. It was observed and learnt that the best mate for a successfully healthy litter of a Scottish Fold cat was to cross breed the Scottish Fold another breed of cat. The most successful method, still employed by many upstanding breeders, was to mate a Fold with either a British Shorthair or an American Shorthair. The litters birthed from this method showed less of the genetic disorder that can be passed down to the next generation if improperly bred.

More importantly the results of extensive monitoring and recordkeeping showed that crossbreeding with a British or American Shorthair was one of the best ways to avert a population of Scottish Fold cats that could potentially live a painful existence and silently suffer from osteodystrophy.

Once this was established breeders were better equipped with knowledge and facilities to create a conducive atmosphere for the cats. Litters then started showing less and less limb and tail deformities. And much was learnt about the habits, the medical issues, personalities and traits of the Scottish Fold.

It was Salle Wolfe Peters, a renowned Manx breeder from Pennsylvania who was later credited for establishing this stronger and less prone to congenital disorder breed. 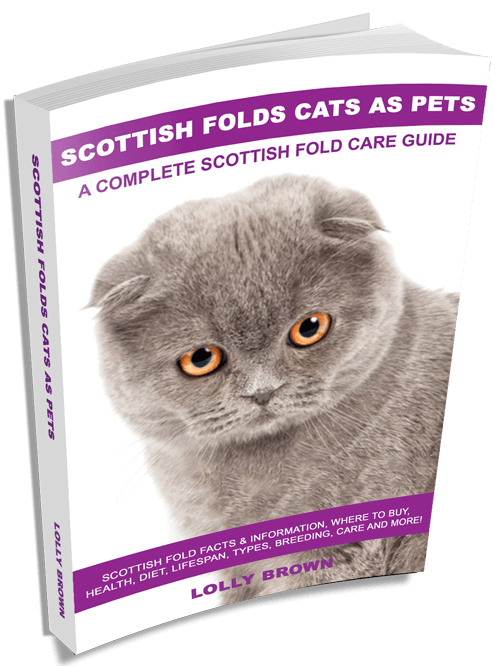