► Chapter 2: Things to Know Before Getting a Corgi

► Chapter 4: Caring for Your New Corgi

Before you decide whether or not the Corgi is the right dog breed for you, you need to learn everything you can about them. All dog breeds are unique in terms of their appearance, temperament, and housing requirements so you want to be sure that you can provide for the needs of your dog before you bring him home. In this chapter you will receive a wealth of information about the Corgi including general facts, Corgi breed history, and the different types of Corgis. By the time you finish this chapter you will have a good idea whether the Corgi is the right dog for you.

Corgis are small dogs that have relatively long bodies in comparison to their short, stubby legs. These dogs have wide, flat skulls with long, tapered muzzles that end in a black nose. Corgis have brown, oval-shaped eyes with black rims and the ears are erect and tapered to a rounded point. Most Corgis have a short double coat, though some are born with longer fur – these dogs can only be kept as pets, since they are not acceptable for show. The most common colors for the Corgi breed include sable, fawn, red, black, and tan with white markings on the legs, chest, neck, and parts of the muzzle. The Corgi was originally developed as a herding breed which might surprise you, since they are so small. Despite their size, Corgis can actually run very quickly and they nip at the heels of the animals they are herding to move them along. The Corgi is a very intelligent dog which makes it a highly trainable breed – in addition to herding, they also do very well as show and obedience dogs. Corgis are very loyal and eager to please their owners with whom they form very strong bonds. Corgis are friendly by nature, though they can be a little bit wary around strangers. Proper socialization and training from a young age will help to prevent the Corgi from being suspicious of new people. Corgis do very well as family pets and they are also very good with children. This breed does need a firm and consistent hand in training, however, because they can be a little bit independent at times. Corgis have a tendency to bark which makes them good as a watchdog, though you should train your dog to stop barking on command for your own sanity. The Corgi stands about 10 to 12 inches (25 to 30cm) tall at maturity and there is only a slight difference in size between males and females of the breed. These dogs weigh between 24 and 30 pounds (10 to 14kg) on average. Although the Corgi is a very small dog, it has a great deal of energy and needs a lot of daily exercise to work off that energy. With sufficient exercise, the Corgi can be adaptable to apartment life and they are generally calm indoors as long as they get enough mental and physical stimulation during the day. The average lifespan for the Corgi is between 12 and 15 years and the breed is very healthy in general. Like many small dogs, however, the Corgi is prone to obesity with overfeeding and it is also prone to musculoskeletal disorders as well as eye problems. In terms of grooming, the Corgi is fairly low-maintenance. These dogs blow their coats twice a year but, in between those times, combing or brushing the coat a few times a week will be sufficient.

The origins of the Corgi are somewhat difficult to trace, though it is thought that the breed originated as a Welsh cattle dog. It is unclear from the 11th century manuscript that made this reference, however, whether the dog in question was a Corgi or an ancestor of the breed. Welsh folklore suggests that the Corgi is used as a mount for fairy warriors and legend has it that Corgis were actually a gift from the fairies. In corroboration of this legend, the Corgi’s markings are similar to a harness and saddle. Another legend suggests that the Corgi was brought to Wales during the 9th and 10th century by the Vikings and Flemish weavers. As early as the 10th century, Corgis were used as herding dogs for geese, sheep, ducks, horses and cattle. In fact, this breed may be one of the oldest herding breeds in existence. Unfortunately, breeders didn’t keep very good records so the history of the Corgi breed is still largely unknown. There are actually two separate breeds of Corgi – the Pembroke Welsh Corgi and the Cardigan Welsh Corgi – though they were shown together in dog shows as early as 1925. The Corgi Club was founded in Carmathen, South Wales in 1925. Local members of the club preferred the Pembroke Welsh Corgi breed, so a separate breed club for the Cardigan Welsh Corgi was formed a year later. Both clubs engaged in selective breeding and worked to establish a standard for the breed. In 1928, both breeds were recognized by the Kennel Club as one breed – the Welsh Corgi. In 1934, however, the breeds were separated and accepted both by the Kennel Club and the AKC. 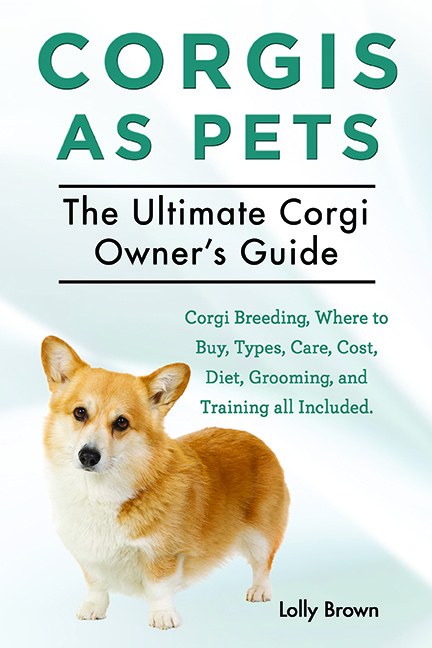