► Chapter 1: Boxer Dog and Its Roots

► Chapter 4: How to Select a Healthy Boxer Dog

► Chapter 5: The Food and Nourishment Needs of Your Boxer Dog

► Chapter 6: Maintenance for Your Boxer Dogs

Chapter 1: Boxer Dog and Its Roots

You are about to delve into the beginnings of the Boxer. Here you will discover things you may not know about this sweet and lovingly playful canine. You’ll also get to know how they have earned their keep in as army dogs, security canines, therapeutic pets and just all-around “Warmest Most Loving Buddy for All Time.”

Their undeniable loyalty and breath-taking exuberance are just some of the many traits of the Boxer which you’ll definitely love. You will get to know that each one, whatever similarities they may share, still have distinct personalities from each other.

The next section hopes to shed light and show you the beginnings of its sort and how it has warmed the hearts of many caregivers and guardians.

The Boxer has a commanding look when it is behaved and sits up in attention. Their expressive eyes can draw your attention and it will be hard to say no to it when it settles its chin on your knee. It can sport various colors and unique patterns. Its white bridle is what sets it apart from other dogs. It has short fur which clings close to its taut skin.

Its jowls hang down the sides of its face almost giving a worried look. During an active play, it will have a wild-eyed look and will have an appearance which seems close to smiling when at play. A happy situation could be as simple as you stepping into your home portal and it would do its own signature happy-dance and personal shimmy.

The slobber-smile is possibly one of the most endearing of the many looks which Boxer guardians miss the most when away from their Boxers. Always on the alert, Boxer dogs are weary of strangers but are not violent with tender patience and a lot of interaction as well as positive reinforcement, the seemingly stubborn Boxer is not difficult at all to train. Working with an experienced successful dog trainer would be something you would want to strongly consider along this road of thinking about getting a Boxer.

One thing is for sure – there will never be a shortage for excitement and fun times with a Boxer around the house. If you are in anyway lacking in sense of humor, the Boxer will definitely teach you to develop a good one!

The History of the Boxer

The Boxer came about in the late 19th century. It is classified as part of the dog group called the Molosser which is also part of the Working Group of canines. A dog of Mastiff descent, the now extinct Bullenbeisser is partly responsible for the much loved Boxer we all love today. For centuries the Bullenbeisser worked as a hunting dog utilized to pursue deer, wild boar and even bear.

The Bullenbeisser would latch onto its prey and hold the prey down until the hunters came. Faster dogs were sought out and so came forth a Bullenbeisser which was smaller. The smaller Bullenbeisser was bred in northern Belgium, in the province of Brabant. It is widely accepted today that the Barbandt Bullenbeisser is an ancestor of the Boxer breed.

It was in 1894 when three Germans came to agreement to stabilize the Boxer’s breed and exhibit it at a dog show. Elard König, R. Höpner and Friedrich Robert went on the following year and founded the first Boxers Club in 1896. A detailed document about the Boxers breed standard was first published in 1904 and not much of it has changed up to this very day. It was in the turn of the 20th century when the Boxer was introduced to the United States after making its way through Europe in shows.

In 1904 the American Kennel Club registered the Boxer and in 1915, recognized Dampf vom Dom as the first Boxer Dog Champion. The Boxer was an employed canine during the First World War and acted as a carrier – dog, messenger, guard dog and often times, an attack dog, not until after the Second World War did the Boxer become renowned all over the world. Once the Boxers were taken home by soldiers and a wider audience saw it, the Boxer became an instant hit as a companion, guard dog and quite a show-stopper at dog shows. 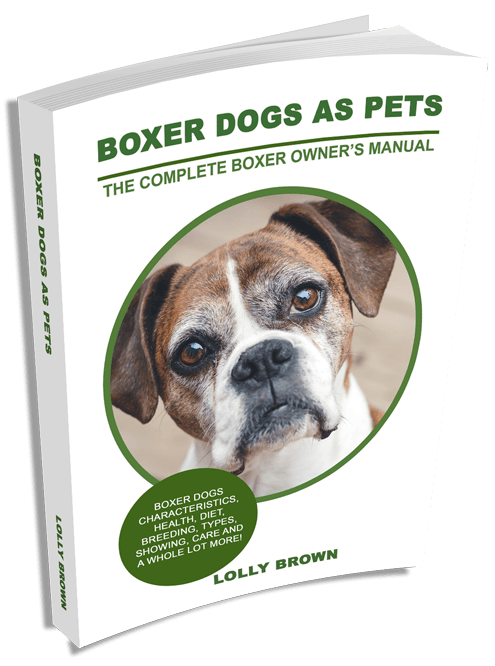